India's Most Wanted Story: Inspired by true events, the film follows a group of intelligence officers led by Prabhat (Arjun Kapoor) who track down India’s most wanted terrorist and capture him without the help of weapons, monetary support or their own organisational backup.

India's Most Wanted Review: You can either fight for credit or actually work to get things done. The real heroes often find themselves on the sidelines while the undeserving are often higher up the food chain. 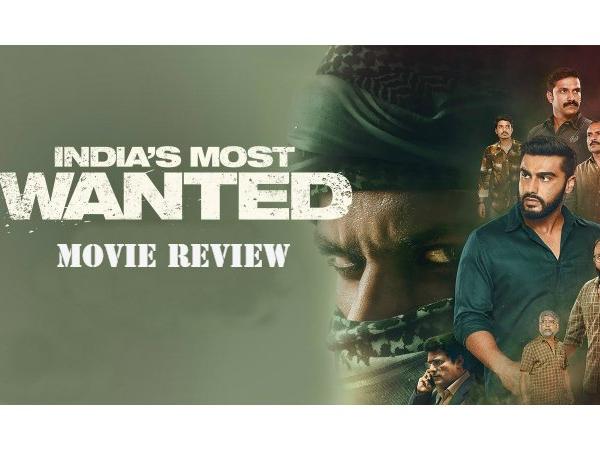 Raj Kumar Gupta’s (No One Killed Jessica, Raid) manhunt drama doesn’t succumb to the tropes of a conventional spy thriller. The field agents don’t have modern tech gadgets or fancy cars at their disposal. Nor are they revered as heroes or pretend to be heroic. They are ordinary men with extraordinary dedication towards our nation, working in extreme circumstances. With the fear of death constantly looming in the background, they must conquer the terrorist by solely trusting their instinct. How this mission unfolds forms the story.

Inspired by real events, IMW not only recreates the audacious capture of Indian Mujahideen founder — terrorist Yasin Bhatkal, (renamed as Yusuf here) — through a covert operation in 2013 by an unlikely bunch of Intelligence Bureau (IB) officers but also exposes the shortcomings in our system and psyche. Not just a crime story, the film also offers a social commentary on the tough conditions in which our agents operate.

The movie presents a realistic, low-key portrayal of an undercover operation. However, this works as a double-edged sword. The absolute lack of dramatisation makes it a slow burn crime drama instead of an edge of the seat thriller that you might expect it to be. Things are underplayed to the extent that they lack the palpable tension that you expect from a story like this. The terrorist’s mindset finds a platform at regular intervals in the form of what jihad means to him, which seems repetitive beyond a point. What then keeps you engaged is the sheer audacity of the covert operation and the officers’ nerves of steel.

Arjun Kapoor is sincere but is unable to engage you fully with the trials and tribulations of his character. He does little to uplift the film that solely works for its story. The crime drama holds your attention despite the odds, given the gravity of the events it chronicles. It’s commendable how Raj Kumar Gupta doesn’t fall for the staples — needless songs, glamorous female character and jingoism. IMW is an earnest ode to the unsung heroes of our country — a story that deserves to be heard.

In-depth Analysis
Our overall critic’s rating is not an average of the sub scores below.

Login to quote this blog

You cannot quote because this article is private.